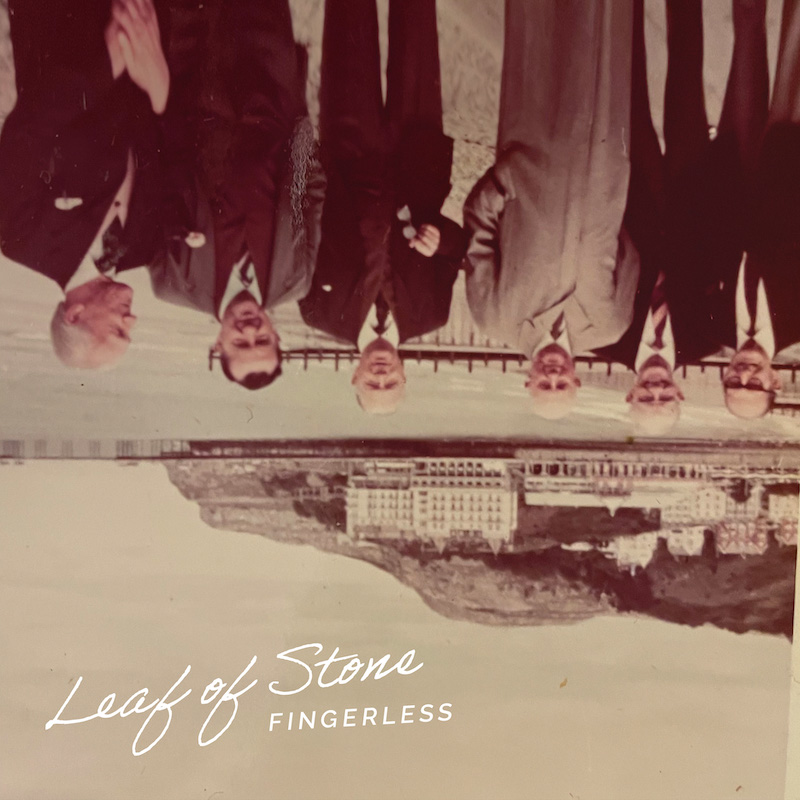 After the dark and smoky cinematic psychedelia of the noir-esque 'Truth', Fingerless are stepping out sonically into the crisp morning light of a new day; and it feels fine.

Stirring up ghosts from Mazzy Star to The Brian Jonestown Massacre to The Beatles, the lustrous new single 'Leaf of Stone' is both an example of, and exploration into, retro-mania. A shimmering, retro-infused ballad about death: the eternal artist.

'Leaf of Stone' explores our reliance on, and use of, past ideas and symbols. Why do we all individually style ourselves with particular clothing, referencing a particular era or style, while excluding a range of other clothing options and styles? Why do we only wear this shape of sunglasses, and not this other shape? And, ultimately, what does this achieve? With each decision comes an incremental death of potential actions and draws a line in the mud between what can be done and what cannot. Our future ‘selves’ are built upon an increasingly formulaic and patterned version of our present, and past decisions. Each decision is a reference to a past event, but also becomes itself a reference point for future choices. For every symbolic and stylistic choice represents the death of a set of future actions on the one hand, and an opening up of future possibilities on the other. It is both death and preservation, like a leaf of stone.

The single was captured live in the studio, with no click track, and minimal overdubs. Recorded and mixed by Darek Mudge (Screamfeeder, Tired Lion, Violent Soho) and mastered by Matthew Gray (The Red Paintings, Mental As Anything, The Screaming Jets).

"Of the few overdubs we did, my favourite was an idea we stole from The Beatles’ tune 'Blue Jay Way,' reflects frontman Marc Cheeseman. "When they finished mixing that recording it was copied to a separate tape, hooked up two machines, and placed the two copies of the song on each machine. They played one forwards, fading in, and one backwards, fading out, and recorded that to another tape! We were able to reproduce this whole process digitally which was a bunch of fun and (I think) sounds great."