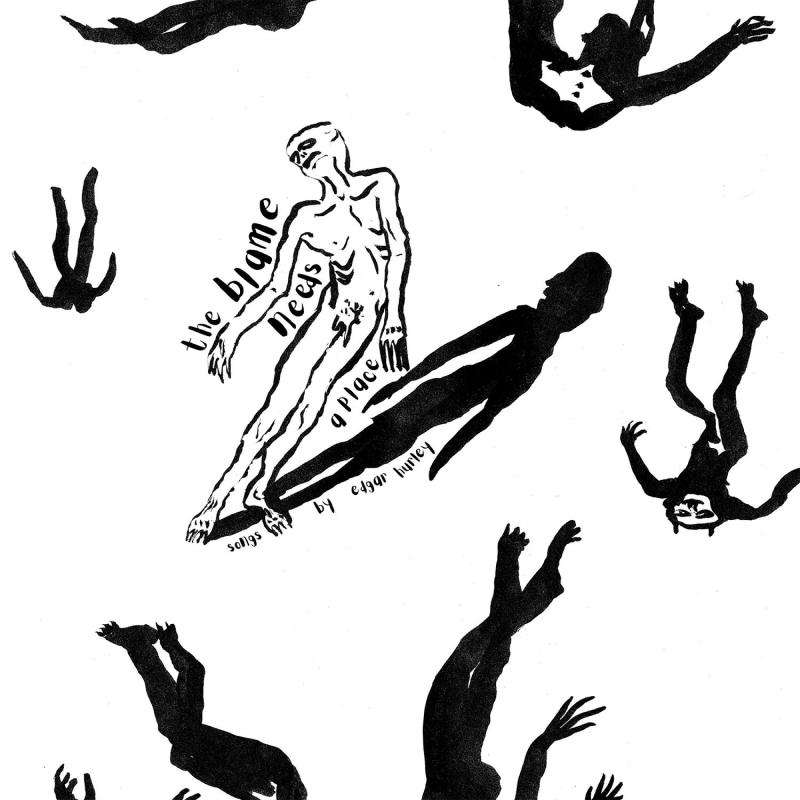 THE BLAME NEEDS A PLACE

The album was made slowly. Quickly. At a medium pace. Stitched together the very same way. It started with Jordan sitting in front of two vocal microphones with his classic nylon in the studio (a lovely retreat in Camp Valley) and playing a song for (producer, band friend, engineer) Demetry Malahoff.

From there onwards, partnered alongside Demetry, the two would sit and construct and build a more rounded “song” around those live recordings. Mostly withholding and keeping in the natural room sounds of the cabin-esque studio and the mountain valley that surrounded it. Dogs. Birds. A train. Some sounds you can hear but can’t quite make out. Though you’ll know they are there.

The songs were born bare, if you will, and slowly dressed at their own speed, unrushed, organic.

Once fully realised, the record was sent to Melbourne for mastering by Jessi Lumbar (Blisstake / Sex On Toast).

The songs featured on this record are extracts taken from Edgar Hurley’s book of poetry You Gave Me A Lily and Now It’s A Field and past journal entries from the space between 2017-2021.

Primarily a folk record, The Blame Needs A Place takes on many forms and characters during its 34-minute run time. It showcases a vast range of mood and emotion, from heartbreaking despair to utter untethered joy.